I have seen this award done by several bloggers I really like, but my all time favorite has been Penny’s!! She did not tag me for this award, but her questions were open for the taking, so I took them!! They are just so much fun and I am literally giggling as I’m writing this. I’m just so excited to delve in!😄

Give a thanks to the blogger who has nominated you (I wasn’t quite nominated, but THANKS Penny for posting these questions! <3)

Make sure that they know you have nominated them

Q.1 : If you’re a writer, tell me about your main character. If you’re not a writer, tell about your favorite main character from a book you’ve read.
I am a writer! The question is – which main character do I tell you about???😨
Okay, I did a coin toss and decided to tell ya’ll about my most current character Brighid Joy Lowell. I am working on a teen/young adult, steampunk novel based in London England during the Victorian time era. Brighid is 14 years old but likes to act like she’s 30. She takes herself very seriously and can appear a tad bit stuck up.
Brighid likes to collect rocks, but not for fun. Oh no. Nope. She does it for science’s sake.
I could go on and on about my character *pinches her cheek* but I must move on before I give it all away … 😉

Q.2: Which one is better: The 1960’s Grinch cartoon, the live action Jim Carrey movie, or the Dreamworks one from 2018?
*inhales intensely *

I ADORE the Jim Carrey movie!! I grew up on that film. We watch it. EVERY. CHRISTMAS. So good.
Soooooo….I like the Dreamswork Grinch. Purely for Benedict’s sake. He’s just so talented and I really like the way he did the character of the Grinch. But it’s not as wacky, colorful and whimsical as the Jim Carry movie, so I don’t like it as much.
The cartoon is okay, kinda creepy… but it’s okay. Cindy Lu Whoo is ADORABLE in that one though!!!

Q.3: If we see water but not air, can fish see air but not water?
*opens search tab*
Ahem. It appears that fish can not, in fact, see water OR air. The reason they can not see water is because their brain filters senses the same way our brain does. We don’t see, hear or feel everything at once. So because they are surrounded by water 24/7, they’re brains filter it out so they can actually see other things around them.
The reason they can not see air is for the same reason we can’t. It’s just not visible.

Q.4: Who’s your favorite fictional animal sidekick?
Oooooh this is so hard!!

I’m gonna say the horse Bree from the Narnia book A Horse and his Boy by C.S.Lewis. It could be argued that Bree is actually the main character of the story, but I don’t think so. Bree is super selfish and proud, being the only talking horse around he thinks he’s something really special. Which he is, just not in a royal way, which how he thinks of himself. It’s also really fun seeing him become more and more attached to “his boy” through the story.
I adore the Narnia Books and I think A Horse and His Boy is one of my top three of the series.

Q.5: Who is a better Disney Princess: Jasmine or Belle?

Belle. Hands down.
I am a HUUUUGE Beauty and the Beast fan. And not just the Disney film.
I’ve literally researched the historical background for the fairy-tale, watched like 100 other films (including two German films and one French) and read nearly every retelling. (hmmm, might make a blog post about that)
But, speaking strictly Disney Belle vs. Jasmine, I would say Belle.
I think she has a lot more depth and warmth in her character, and I am a sucker for a Daddy’s girl (being one myself) and Jasmine lacks the element of respect and love for her dad that Belle has. Also, Jasmine has a bit of a…ahem…F.U! kind of attitude and not much else. Her character doesn’t develop as much and still gets what she wanted in the first place, where as Belle learns a big lesson on loving life as it is and loving someone no mater what they look like or seem to be at first.

Q.6: Legolas or Aragorn?
Penny.
Why must you do this to meeee???!!
*whispers off camera* can I skip this one? – No? – Okay…
After much thought, and conversing with my Lord of the Rings fan club members (aka, my Mother), I have chosen Aragorn as my answer. ❤ But it was a close call for sure.
The reasons being that Aragorn is like Legolas’s big brother and has more maturity to his character. Even though he’s technically younger, Legolas looks up to him, and let’s talk about all the times Aragorn has to put a steady hand on his elf bro’s shoulder and be like, “Chill man.”
Also, the beard ya’ll. 😍

Q.7: Favorite fantasy trope and least favorite fantasy trope?
Okay, had to do a little research on what a “trope” was…very interesting by the way.
I’ll give a list of three for my favorites and least favorites.
Favorites:
1. Of course I love magic. There is a lot of head butting in the Christian community over “what is okay and what is not?” When it comes to magic and of course I have my own opinions that I won’t go into depth right now. But in simple terms, I adore Magic and Higher Powers that often show up in fantasy.
2. Warriors. I am a sucker for the fighter, the ones who fights for what is right and for what they love. Also, a buff man swinging a sword is a nice thing to watch….
3. And last but not least, mythical creatures. I was going to just say Dragons, but I love all the mythical and folk lore based creatures such as Elvs, unicorns, griffins and of course dragons!
Least Favorites:
1. Girl power. I know this isn’t specific to fantasy, but I abhore any story that throws the bright pink banner in your face as soon as you open the book; “GIRLS RULE!! BOYS AND PARENTS SUCK!! THE HEROIN WINS NO MATTER WHAT!! SHE’S ADORED AND RESPECTED BY ALL!!!” I mean, a girl can be a hero, but it has it’s limit and then it just becomes grating.
2. “New and improved Christian fantasy.” Okay. Hear me out guys. I’ve read my share of “Christian” fantasy stories, and I can not stand them.
I get that they’re trying to do. I get it. But it just is insulting to me that they feel like original fairy tales or what ever are not good enough. That they have to “purify” the characters (which makes them way bland and preachy) and rewrite the story to be so blatantly Bible story book like. Children are smart. Stories are NOT for preaching. They are for enriching. There is a difference!! Ugh. Let’s just move on.
3. Perfect Hero. “He’s tall, dark haired, dreamy eyed and gentle. Yet he could chop off the head of the biggest dragon whilst also drinking tea with his beloved blonde haired and kick butt princess who also has the power to time travel AND teleport.”
I think ya’ll know what I’m talking about.

Q.8: Does ketchup belong on hot dogs?
I personally do not like ketchup. *yucky* but if you like it, then yeah. Why not?
(is there an opinion that says there shouldn’t be??)

Q.9: Favorite fictional wholesome moment?
All of the Lord of the Rings moments when Sam is on the screen.
He is just so loyal and his deep, brotherly love for Frodo is just *chef kiss* SO wholesome.

Q.11: Who is the best Pevensie sibling and why?
There is no best. They are all so different and wonderful in their own way.
But I’ll tell you my favorite!
I love Peter. And here’s why; he is the oldest (I’m the same) he is so brave and good to his family. I love the way he treats his sisters (in the books specificity) and how loyal he is to Narnia, even after he couldn’t go any more. He grew and learned so much and was, is and always will be a king of Narnia in his heart.

Phew!! That was so fun!
I really enjoyed this award and am super excited to hear what you all think!

But before you leave, here are my questions and tagged blogs:

So I went to tag some people…and couldn’t decide who to tag.
With that being sad, this award is open for anybody who likes my questions and wants to do it!! Just make sure to let me know you used them so I can read your post! ❤

Okay guys, till next time- Ta!

This is the personal blog of an adventurer, forest dweller, sparkle spreader and Jesus freak. View all posts by Idhwen Fox

6 thoughts on “~The Lobster Award~” 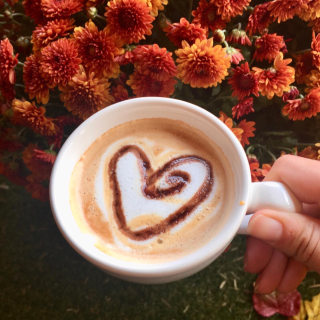 This is the personal blog of an adventurer, forest dweller, sparkle spreader and Jesus freak.

find me here as well

Tales of the 90s · by Gregory J. Dennison